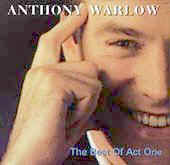 from Bessie Smith to Bebop and Beyond

Singing Jazz: The Singers and Their Styles

Now that some of the major record companies are again showing an interest in singers of Broadway and classic pop material, a number of theatre and cabaret performers are enjoying a degree of exposure as recording artists virtually unheard of since the mid-1960s. In a field still largely dominated by women, some of those enjoying the greatest success are male.

Foremost amongst these is Mandy Patinkin. His style has largely defined a generation of Broadway leading men, often imitated but rarely matched. He displays a degree of commitment and focus in performance which make his live appearances never less than compelling and which he sometimes seems unwilling (or unable) to subdue for the recording studio. Consequently his recordings have not always met with unanimous critical approval, some finding them just too intense for comfort. His first two recordings for Columbia do, on occasion, threaten to collapse under the weight of his personality but both have their moments, particularly on the Sondheim numbers at which Patinkin has always excelled. Indeed, his second album, Dress Casual, becomes instantly essential just by virtue of containing all four songs from the composer&#146;s TV mini-musical Evening Primrose. Patinkin and Bernadette Peters give the work easily its finest interpretation to date.

His more recent recordings show a greater variety of tone and an ever more impressive ability to interpret a range of material. Experiment is a beautiful collection of songs reflecting on love and the passing of time and features a recording of Harry Chapin&#146;s breathtaking Taxi which is a match for the composer&#146;s own. Oscar and Steve contrasts the lyrics of Sondheim and Hammerstein to enchanting and revealing effect and Mamaloshen is a collection of songs sung in Yiddish. Far more than a curio, it is a scholarly yet entertaining introduction to the beautiful music of Patinkin&#146;s forebears. With this recording he proves that, while other performers may sell more records, there are few who can match either his intelligence or range.

Far more traditional in style but equally enjoyable is Anthony Warlow. A superstar in his native Australia, he remains something of a cult figure in Europe and the U.S. This is a pity since his expressive tenor voice is undoubtedly one of the finest in musical theatre. That genuine rarity, a singer at home in both popular and classical repertory, he can claim the distinction of having appeared with equal success in both The Magic Flute and My Fair Lady.

His recordings are largely of show music and popular standards and The Best OfAct One (Polydor), which offers an overview of his career to date, is a good place to start. Most of the songs are familiar but his beautiful interpretations polish them to a new sheen. A soaring Who Can I Turn To and wistful I&#146;ll Be Seeing You are highlights. Indispensable though is his glorious, lyrical interpretation of Vincent Youmans&#146; Without A Song which is three minutes of pure musical joy.

Britain&#146;s Michael Ball has, like Warlow, enjoyed considerable commercial success. Possessed of a big, rangy voice he has starred in London and on Broadway in the original company of Aspects of Love and, more recently, in the London Passion. Unfortunately, his recordings too often display a tendency to rely on drama at the expense of subtlety and interpretation. Nonetheless, his is a thrilling and powerful voice and The Musicals is interesting in that it features a number of songs (Losing My Mind, With One Look, My Fair Lady&#146;s &#145;Show Me&#146;) more usually associated with women. Paradoxically, his best singing can be found on First Love, an album of, mostly, pop standards. Here he is restrained and thoughtful, and consequently, far more effective.

Jason Graae is, to date, the only male performer to be featured in Varese Sarabande&#146;s series of recordings paying tribute to particular songwriters. He more than justifies their choice on You&#146;re Never Fully Dressed Without A Smile, a collection of songs by the composer of Annie, Applause and Bye Bye Birdie, Charles Strouse. Graae is witty and swinging on One Of A Kind and You&#146;ve Got Possibilities and tender on There&#146;s Always One You Can&#146;t Forget and Once Upon A Time. He is joined by Kaye Ballard for a rousing You&#146;ve Got What I Need from It&#146;s A Bird, It&#146;s A Plane, It&#146;s Superman and is also featured nude on the CD&#146;s cover which should serve to either promote or discourage sales depending on the listener&#146;s taste.

For many years the image of the male cabaret singer seemed dominated by a particular kind of artist exemplified by the likes of Bobby Short and Steve Ross. They generally accompanied themselves at the piano and seemed to specialize in catalogue songs by the likes of Porter, Cole andHart. With all due respect to these legendary performers, they represent a style which has become increasingly old fashioned and, perhaps, less accessible to many younger audiences. For much the same reasons that "they" don’t write the songs "they" used to – because the world has changed and popular music with it – cabaret fans now expect tosee male performers expressing a similar range and depth of emotions as their female counterparts.

Foremost amongst this younger generation is Australian born David Campbell. The singer has formed something of a professional partnership with songwriter John Bucchino – the composer sometimes accompanies him in live shows and three Bucchino numbers feature on Campbell&#146;s second CD, Taking The Wheel . These include Grateful which is rapidly becoming a cabaret staple and also features in the repertoire of both Amanda McBroom and Barbara Cook. Campbell&#146;s flawless tenor seems equally suited to both pop and standard repertoire and his range is quite extraordinary. He can negotiate a minefield like I Honestly Love You with such straightforward sincerity, devoid of false or forced emotion, that the song seems reborn. By contrast, he tears into I Got Rhythm as to the manor born and points a deceptively simple story-song like Tom Andersen&#146;s Yard Sale with delightful restraint. His earlier recording, Now And Then, is marginally less successful (he sounds over-parted on a couple of numbers, including Come Rain Or Come Shine) but includes sensitive interpretations of David Friedman&#146;s Help Is On The Way and Harry Chapin&#146;s Mr. Tanner. Campbell also has fun with a medley of (mostly unfamiliar) songs from Australian musicals.

Charles Cermele offers the intimate style of a Short or Ross made over for a new generation. On Look In My Eyes he presents standards in simple settings with a light touch and great warmth. ChristopherMarlowe&#146;s delicate, airy arrangements, using the same team of players heemployed on most of Nancy LaMott&#146;s recordings, support the voicebeautifully. Cermele&#146;s version of The Nearness of You, accompaniedonly by Ken Sebesky&#146;s exquisite guitar, is particularly fine.

Similarly laid back in approach, Tom Andersen, writer of the aforementioned Yard Sale, uses his sweet, high tenor voice to interpret his own and others&#146;songs on Far Away Places (Other Music Inc). His album features someunusual choices such as So Long, I&#146;m Gone, a bouncy little Roy Orbison number, and the lovely Ten Minutes Ago from Rodgers and Hammerstein&#146;s Cinderella. It is gentle, understated and delightful.