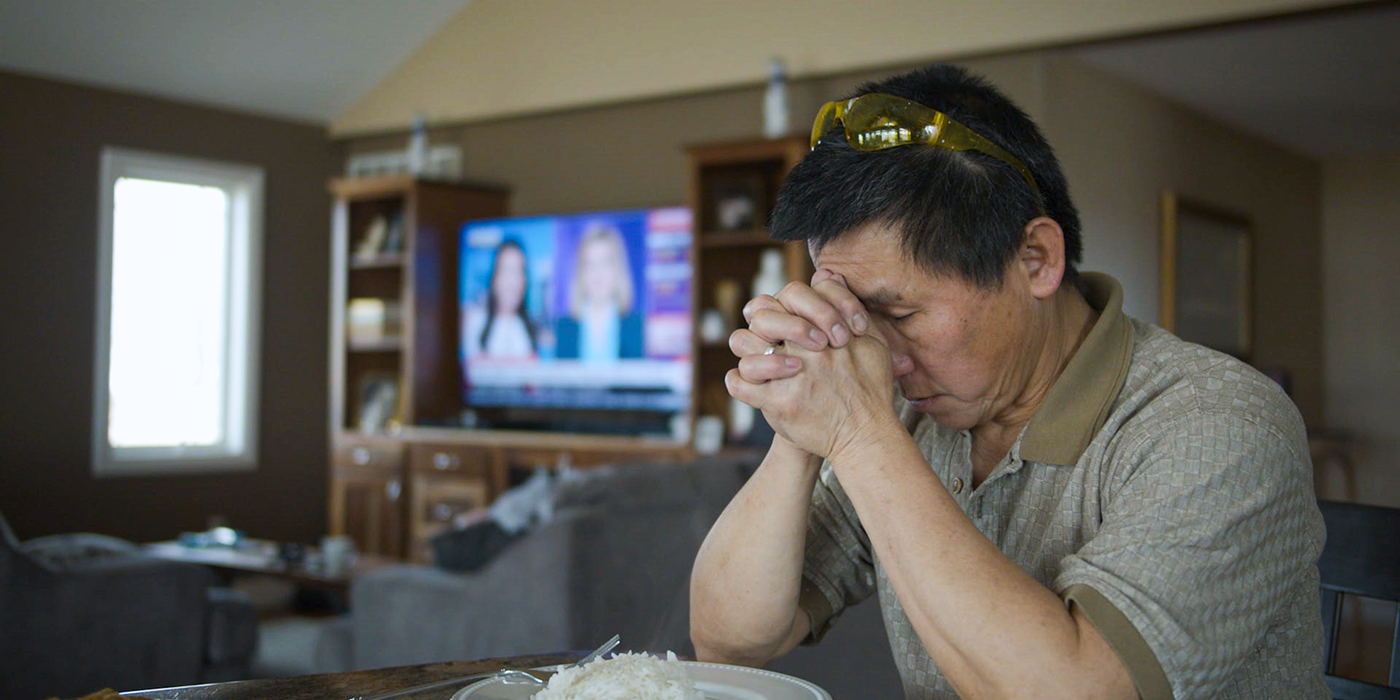 As always, it was impossible to see everything at the 2022 edition of the South by Southwest film festival in Austin, TX — especially for those of us social distancing from the live return of the venerable multimedia lollapalooza.  For instance, I didn’t RSVP in time to catch the winner of this year’s narrative feature Grand Jury award (I Love My Dad) and the premiere of Richard Linklater’s new animated joint Apollo 10½: A Space Age Childhood was not available for online viewing.  But the following represent my favorites from the classic festival grab bag of movies I planned to see and screenings I stumbled into.

In my preview of the festival, I wrongly assumed this would be one of those feel-bad documentaries designed to make a certain type of viewer Google phrases like “How close is the U.S. to a second Civil War?” and “Applying for Canadian citizenship.”  Instead, though, this spiritual sequel to another uplifting SXSW non-fiction American Dream saga, 2021’s The Donut King, tells the tale of Chuv Siev, a Cambodian refugee who escaped the extremist violence of the Khmer Rouge and opened a donut shop (which gradually morphed into a successful family restaurant).  The irony is that in this version of the story, the immigrant patriarch winds up threatened afresh by a new strain of extremist violence (this time from gun-toting neo-Nazi Trump supporters), not to mention a global pandemic — yet Bad Axe is far from a downer or even a preaching-to-the-choir polemic.  Instead, because the director is Siev’s filmmaker son, David (sheltering in place with his family after fleeing the worst of the COVID-19 ravages in New York), we instead get an intimate, multigenerational fly-on-the-wall character study that rivals any fictional family drama.  His stubborn older sister fights with her father because they’re so much alike (while nevertheless having vastly different opinions on the value of speaking out against injustice versus blending in and not challenging the status quo for the sake of practicality).  His younger sister is under pressure to decide whether or not to continue the family business, while her black boyfriend adamantly hates talking about race until the murder of George Floyd forces him to grapple with bigotry at a BLM rally (organized by a white waitress who works for the Sievs alongside a young white Trump supporter in the midst of reevaluating her philosophical outlook on life).  Likewise, the winner of the festival’s Audience Award for documentaries is a stirring historical and personal snapshot of the United States in a similar moment of transition.

2. THE BLIND MAN WHO DID NOT WANT TO SEE TITANIC

The intriguing title of this Finnish feature film hooked my interest — but the funny, charismatic lead performance of Petri Poikolainen as the indomitable title character kept me watching.  And by the end, I realized director Teemu Nikki had delivered one of the most singular cinematic visions in recent memory.  The less you know going in the better, but let’s just say The Blind Man Who Did Not Want to See Titanic seems like one kind of movie at first before veering into unexpected waters, vividly enhanced by effective camerawork specifically designed to emphasize the protagonist’s worldview while shifting our own.

3. THE KIDS IN THE HALL: COMEDY PUNKS

It occurred to me while viewing this tribute to Canada’s second or third favorite comedy supergroup that I’d maybe only seen a few actual episodes of their eponymous 1989-1994 sketch series.  Yet my lack of familiarity with the show barely mattered, since the rise-and-fall (and-rise again) dynamic of Reg Harkema’s show biz documentary is so ingrained in the cultural collective subconscious by this point it rivals Joseph Campbell’s “hero journey” monomyth.  And in any case, the spark that truly makes Comedy Punks work is the laugh-out-loud…well, comedy, both in the present-day interview segments with the troupe and the clips from their oeuvre sprinkled throughout.  The cultural history paralleling the creation, demise, and rebirth of their alt-comic union is equally fascinating, as Scott Thompson (one of the comedy world’s first openly gay figures) admits he was terrified of AIDS during the run of the original series so he figured he might as well make fun of it (just as distant, alcoholic fathers served as muses for his co-stars Dave Foley, Bruce McCulloch, Kevin McDonald, and Mark McKinney).  Studded with tributes from celebrity admirers, the movie’s the best kind of brain candy (and obviously a must for superfans).

“Do I look like a boy?” an exasperated pre-teen trans girl with blonde pigtails asks in a tone that makes it abundantly clear she is who she is and always has been (no matter what anyone else thinks about it).  Such certainty was initially difficult for her Christian mother to accept — just as it was difficult for the other Christian mothers profiled in Daresha Kyi’s documentary to accept their own homosexuality or that of their children.  Yet unwilling to choose between faith and love, a small group of women ultimately formed a support group known as Mama Bears to combat the pervasive bigotry still clinging like a barnacle to the underside of most organized religion.  And while this inspirational, heart-tugging film is unlikely to change many minds, the ones it does affect are crucial as the movement it chronicles only continues to grow.

Clocking in at just about an hour, this Australian adaptation of the play The Shadow Whose Prey the Hunter Becomes packs a two-fisted punch.  On one level, it’s a layered depiction of people who constantly argue about whether they’d rather be identified as intellectually disabled or neurodiverse (or why they even need to be labeled at all).  Yet as the story unfolds, with its central characters bickering their way through a mysterious conference attended by “normal” journalists, assumptions about the nature and purpose of what’s really going on are gradually and unnervingly upended (while somehow making I Am Sam and Forrest Gump even worse in retrospect).